Declining tradition
The old Māori tradition of celebrating Matariki as the New Year gradually dwindled towards the 1940’s, probably also under influence of the Second World War. 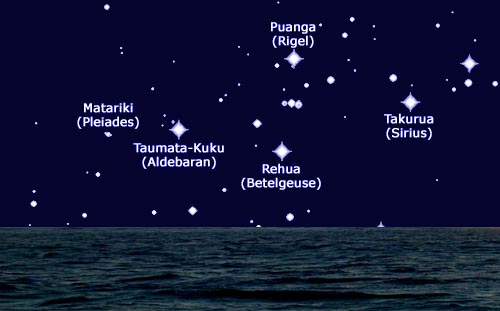 A Mr. Harry Dansey reports in The New World - Te Ao Hou of the National Library of New Zealand -Te Puna Mātauranga o Aotearoa (December 1967), an account from the late Mr Rangihuna Pire, of South Taranaki, who told him in 1957—he was then in his 70's—that he used to be taken by his grandparents to watch for Matariki at night in mid-winter. “That was at Kaupokonui, in South Taranaki. The old people might wait up several nights before the stars rose. They would make a small hāngī. When they saw the stars, they would weep and tell Matariki the names of those who had gone since the stars set, then the oven would be uncovered so the scent of the food would rise and strengthen the stars, for they were weak and cold”. This must have been in the late 1880's or early 1890's. Ref...

An ancient annual custom of Māori during the observation of Matariki was to mihi maumahara —pay acknowledgement to the passing on of those who have left us from this world. Their wairua travels up into the entranceway of the heavens through Matariki, to join the many other ancestors who have become stars in the sky—Kua wheturangitia ratou ki tua ki te Aara I Tiatia. Ref...

Revival
New Zealand is a multicultural nation of settlers. The Māori (Tangata Whenua) arrived around approximately 800 years ago from Pacific Islands to the north. Pākehā started to arrive as occasional visitors in the 17th century and as settlers in the 19th century. In modern times immigration continues under strict immigration rules, and the population of New Zealand becomes increasingly more multi-cultural, with in particular growing representations from Oceania and Asian countries. 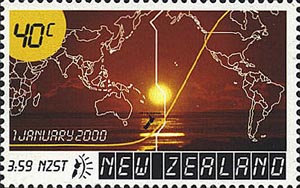 As an aspect of the new Millennium, the first modern Matariki celebration was organised in Hastings (New Zealand) in the year 2000. This marked a revival of the tradition, that draws more people to celebrations ever since, in many places around the country each year. It now has become a widely recognised event each year around mid-winter, although it is unfortunately not always properly related to the Māori traditions around this event.