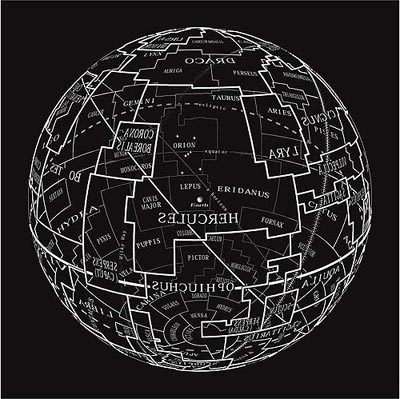 Image: universalworkshop.com The celestial sphere is divided into 88 unequal regions. These regions are what astronomers call constellations.

Historically, constellations were groupings of stars that were thought to outline the shape of something, usually with mythological significance. Their names tracing as far back as Mesopotamia, 5000 years ago. 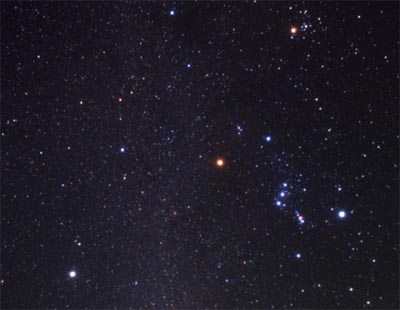 Example: image to the right: the constellation Orion.
Mouse over to see the mythological interpretation.

In modern astronomy, the significance of constellations is no longer mythological, but practical. Astronomers use the term to describe an entire region of the sky and all the objects in that region.