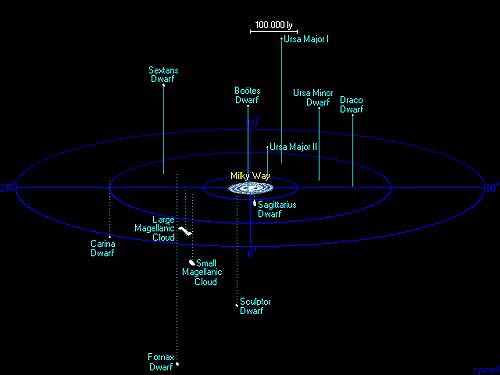 There are several dwarf galaxies around the Milky Way, typically containing a few tens of millions of stars, which is not much when compared to the number of stars in the Milky Way itself.

These dwarf galaxies are all gravitationally bound to the Milky Way.

In this region with a radius of 500,000 light years, there are 13 galaxies, one large one - the Milky Way - and 12 dwarfs. The number of stars within this region is estimated at 225 billion. 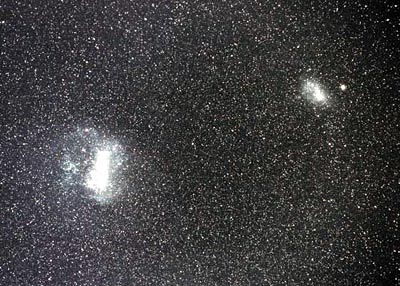 The Large and Small Magellanic Clouds are visible
with the naked eye from the Southern Hemisphere.