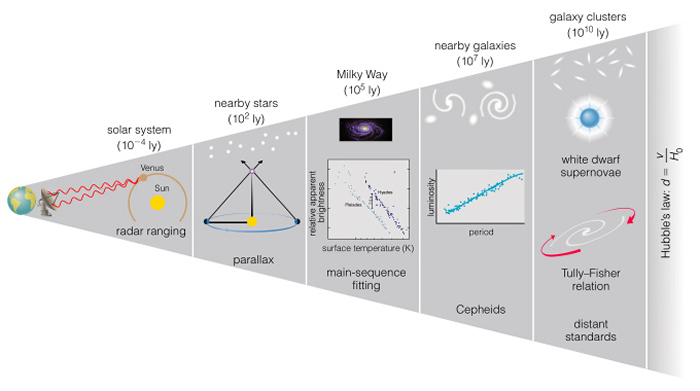 Therefore the overall distance scale used in astronomy, is prone to systematic effects in any of these individual measurement techniques and these affect our knowledge about the scale of the Universe.

Measuring reliable distances in astronomy is one of its biggest ongoing challenges, and ultimately defines what we know about the size of the Universe.